Killed in the Battle of Cambrai in 1917 at the age of twenty-four, Mackintosh published one book of poetry, which was followed by a posthumous volume assembled by his mother and sister, He is unique among World War One poets for his ambivalent view of the war, disgusted by smug official patriotism as much as by smug pacifist scoldings. He used the Celtic myth and folklore of Scotland to interpret the reality of trench warfare, with results that are frequently phantasmagoric.

The E. Alan Mackintosh Commemorative Project is the best source for information, documentary material, and links to PDF’s of his books as they originally appeared. 96th of October has reissued his complete writings in a fully annotated volume, A Highland Regiment, and, Death the Liberator. 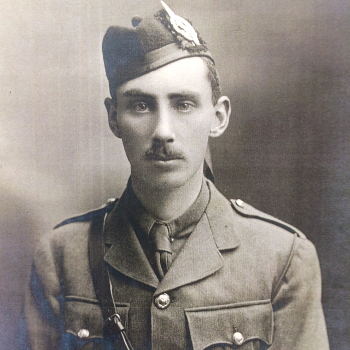